Munich, March 12, 2015. The public proposal phase for election of a new member to the Logistics Hall of Fame has begun. Leading figures can now be proposed or applications submitted from around the world for induction into the logistics pantheon via www.logisticshalloffame.com up to midnight on May 22, 2015. Up to ten candidates will then be nominated from all the proposals, and an expert jury made up of prominent figures will choose one new member from among the nominees. The members of the nomination committee, which will this year convene in the Federal Transport Ministry, will be announced in May. The results of the votes of the jury will be announced in October.

The following members were newly appointed to the jury this year:

Under the patronage of Alexander Dobrindt, Federal Minister of Transport and Digital Infrastructure (BMVI), the Logistics Hall of Fame honours leading figures who have made outstanding efforts to promote the further development of logistics and supply chain management. The achievements may be of a technical, strategic, scientific or business management nature. The decisive factor is that these achievements not only benefited an individual company but had a positive impact on the entire logistics sector. Furthermore, these achievements must already be in the past; theoretical concepts are not sufficient. Groups may also apply or be proposed for induction.

The members of the logistics pantheon include such prominent individuals as Swiss logistics benefactor Klaus-Michael Kühne, the German contract logistics pioneers Heinz Fiege and Hugo Fiege, or logistics researcher and Fraunhofer Professor Michael ten Hompel. Hermann Grewer, Honorary President of the German Association of Road Haulage, Logistics and Disposal (BGL), former BLG CEO Detthold Aden, and Hanspeter Stabenau, founder of Bundesvereinigung Logistik, also have a place in the Logistics Hall of Fame, as do a handful of innovative professors. Major figures posthumously voted into the Hall of Fame include William Tunner, the man who organised the Berlin Airlift, Gottlieb Daimler, inventor of the truck, Gottfried Schenker as a pioneer of combined transportation, Eugene Clark, the inventor of the forklift truck, Malcom McLean, father of containerisation, and Japanese Toyota manager Taiichi Ohno, who invented the just-in-time concept.
The initiative is supported by the Federal Ministry of Transport as well as the relevant sector associations, media and companies, including the Port of Duisburg (duisport), the Euro-FH University of Applied Sciences, logistics insurer Kravag, the Fahrzeugwerk Bernard Krone company, intralogistics provider Still, the Federal Central Cooperative for Road Transport (SVG) and the TimoCom freight exchange. The aim of the Logistics Hall of Fame is to document key milestones in logistics and honour the people behind them, in order to underline the performance capability of logistics and to improve the image of logistics and of Germany as a logistics location.
The Hall of Fame can be accessed free of charge at any time at www.logistikhalloffame.de and features information and photos on logistics milestones and the people behind them.


Background:
The Logistics Hall of Fame was founded in 2003 and honours leading figures who have made outstanding efforts to promote the further development of logistics and supply chain management. This eternal pantheon is also designed to remind future generations of the achievements of these individuals in the service of logistics. The aim of the Logistics Hall of Fame is to act as a worldwide platform to publicise the performance capability of logistics and its importance for society.
The Logistics Hall of Fame is a non-profit initiative supported by the world of politics, associations, the logistics industry and logistics science. The patron of the Hall of Fame is Alexander Dobrindt, Federal Minister of Transport and Digital Infrastructure (BMVI).
Supporters of the Logistics Hall of Fame:
Federal Ministry of Transport and Digital Infrastructure (BMVI)
German Association of Road Haulage, Logistics and Disposal (BGL)
German Association Materials Management, Purchasing and Logistics (BME)
German Association for Business, Transport and Logistics (BWVL)
Bundesvereinigung Logistik (BVL)
Business+Logistic
DVV Media Group, Deutsche Verkehrs-Zeitung (DVZ)
Association of German Freight Forwarders and Logistics Operators (DSLV)
Deutsches Verkehrsforum (DVF)
Port of Duisburg (duisport)
Euro-FH University of Applied Sciences
Fahrzeugwerk Bernard Krone
Kravag Versicherungen
Lebensmittel Zeitung
LT-manager
Still
Federal Central Cooperative for Road Transport (SVG)
TimoCom
wuermser.communications 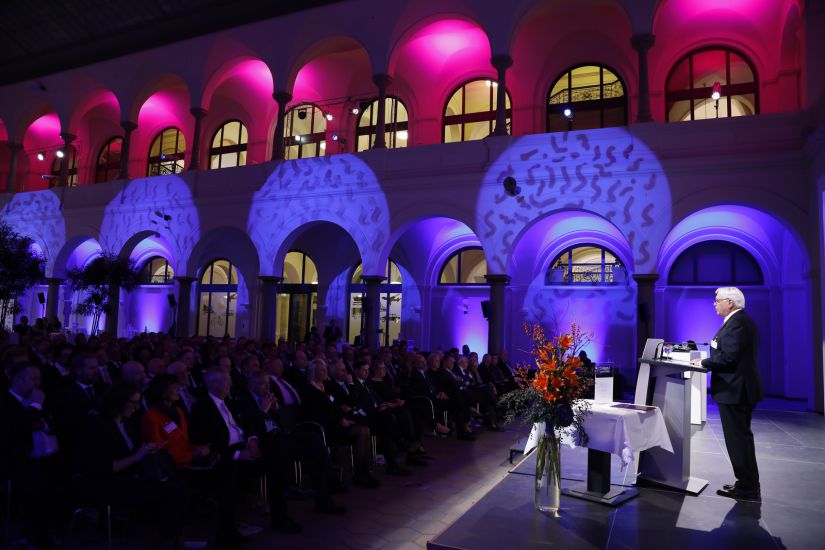