Pallet pioneers are new members of the Logistics Hall of Fame

Ismaning/Berlin, October 6, 2022. The decision has been made: The pioneers of the pallet's triumph in logistics are inducted to the Logistics Hall of Fame. For the question of who invented the world-famous load carrier cannot be answered unequivocally, not only are two new members being inducted but also, for the first time, the jury awards two organizations a place in the Hall of Fame.

Posthumously, George Raymond Sr. (1890-1967), founder of the American intralogistics solutions provider The Raymond Corporation and inventor of the double-faced wooden pallet, patented in 1939, will be inducted to the Logistics Hall of Fame. His pallet is considered the world's first professional wooden pallet. Also inducted is Oliver Richter (1920-2014), an Australian who, as trade manager of Brambles in the 1960s, discovered the potential of a closed rental pool for load carriers and successfully established today's Commonwealth Handling Equipment Pool (CHEP) system as a closed rental pool internationally.

The UIC (Union Internationale des Chemins de Fer) was responsible for introducing the Euro pallet in 1961. Within the framework of a working group, the International Union of Railways promoted the standardization of pallets and obliged all signatories of an agreement to comply with the standards to manufacture as well as to repair the Euro pallet.

In the mid-1970s, the Gütegemeinschaft Paletten, today's National Committee of EPAL, partially took over the distribution and quality assurance of the Euro pallet. The European Pallet Association e.V. (EPAL), which was formed from this in 1991, has successfully developed the pool idea and ensured the quality of the Euro pallet. Both associations receive a place in the Hall of Fame on behalf of their networks behind.

“The invention of the pallet, and even more so the establishment of functioning pallet pools, is one of the greatest milestones in logistics, as significant as the container invented by Malcolm McLean. Without standardized pallet systems, high-performance logistics in the 21st century would be inconceivable,” says Anita Würmser, executive Jury Chairwoman of the Logistics Hall of Fame, explaining the decision of the expert jury, which includes 70 well-known personalities from business, science, politics and the media in 13 nations.

The fact is: After the introduction of pallets, the loading times of trucks and freight cars were reduced by up to 90 percent. The conveyor technology and shuttle systems in highly automated warehouses are all adapted to the 800 x 1200 x 144 millimeter dimensions of the Euro pallet. Another advantage of the load carriers made of 11 planks, nine wooden blocks and 78 nails: They can be repaired with low material costs and are fully recyclable at the end of their life cycle.

The pioneers of the pallet will be officially inducted to the Logistics Hall of Fame at a gala reception with German Federal Minister for Digital and Transport, Volker Wissing, on November 29 in the Wintergarten of the KaDeWe department store in Berlin. 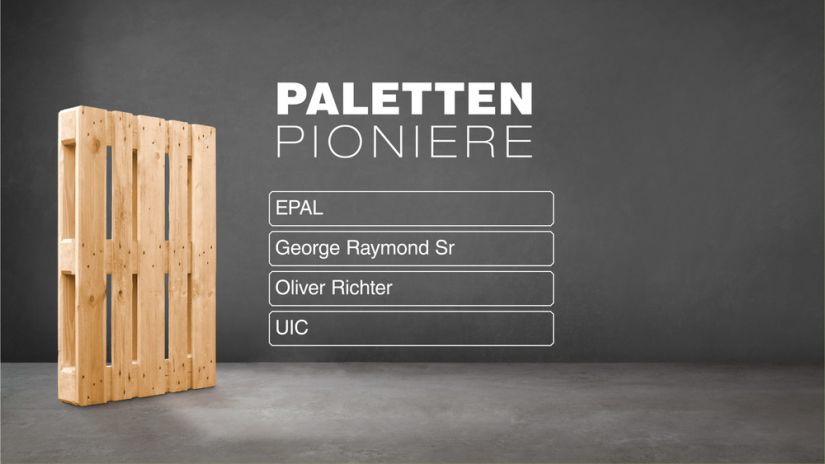 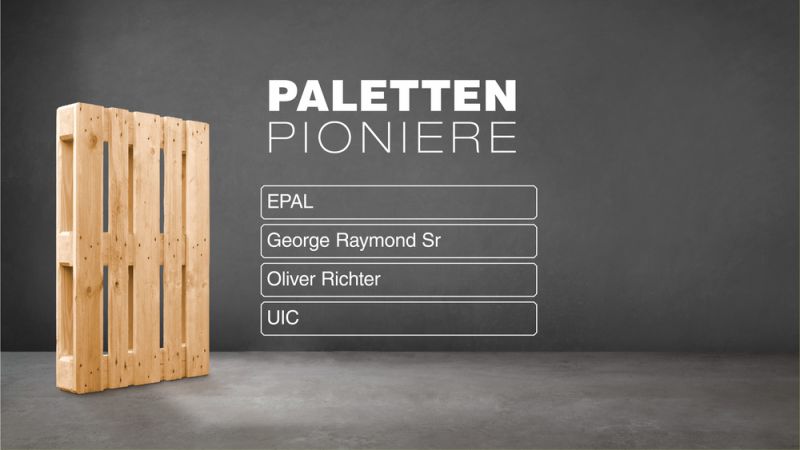 Neil Humphrey is the TRATON Logistics Leader of the Year 2022

The TRATON Logistics Leader of the Year Award will also be presented during the reception. This year, the trophy goes to Neil Humphrey, President, HAVI Supply Chain. The British manager is a committed leader of sustainable supply chain practices and digitalization, an active networker and a tireless driver of digitalization initiatives and pilot projects with new technologies.

The 58-year-old manager gained decades of experience in business management and supply chain with a strong focus on sustainability at Unilever and joined HAVI in 2017, where he has led the Supply Chain Business Unit since 2018. Under his leadership, the company joined the Science Based Targets Initiative (SBTi) in 2019 – at the time as one of the first ten supply chain service providers worldwide. HAVI committed to reducing carbon dioxide emissions by 40 percent by 2030 per metric ton delivered. With the program successfully underway and new global metrics established by the climate science community, HAVI is currently evaluating an increase in that goal.

Under Humphrey’s leadership, HAVI is also partnering with customers and suppliers to drive climate change action. For example, HAVI is helping leading foodservice brands to work toward ambitious emissions targets. It has also established a partnership with a commercial vehicle manufacturer to convert 70 percent of its European delivery fleet from diesel to alternative fuels; a target which was delivered upon in 2021.

In addition to supporting projects involving alternative fuels, green distribution centers or e-trucks, Humphrey and his team also have begun a hybrid truck pilot in Stockholm to roll out a carbon neutral hybrid truck solution across Europe. The trucks use their batteries to drive in the city, but use reprocessed frying oil as fuel outside the city. The used cooking oil is collected during deliveries to customer restaurants, reprocessed at a specialist facility, and eventually goes into the tanks of HAVI trucks – a perfect cycle. 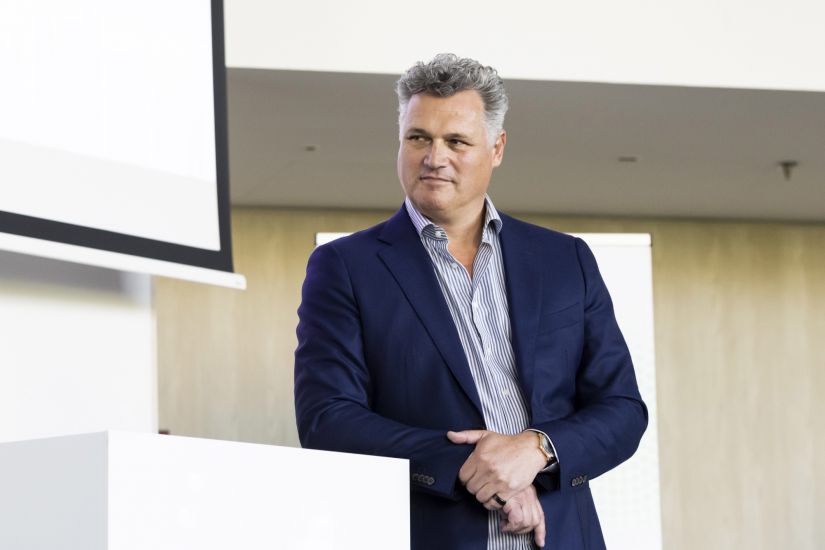 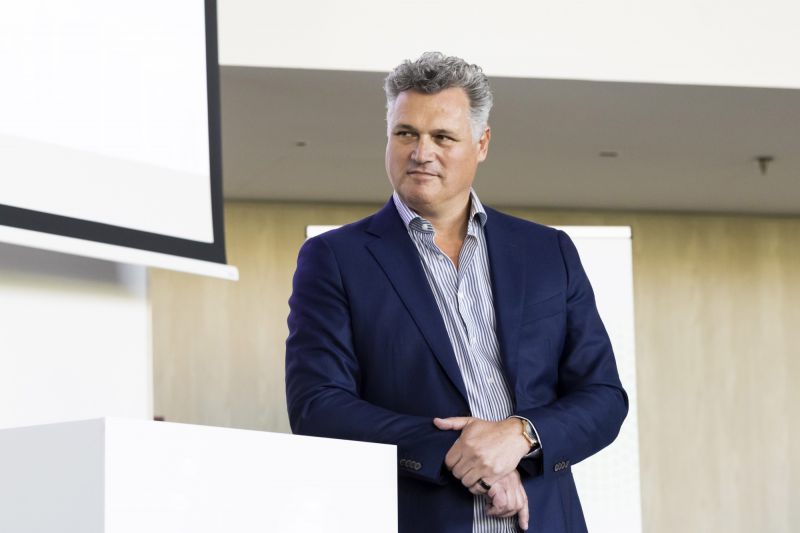 The TRATON Logistics Leader of the Year Award recognizes pacesetters and future leaders in logistics. It honors entrepreneurs and managers from the transport and logistics sector who have been particularly successful in promoting their companies or who have set a trend-setting impulse. The focus is on topicality and the benefits for the company as well as innovative strength, sustainability and entrepreneurial change. The award is presented by the Logistics Hall of Fame and donated by TRATON SE.

The decisive factor for acceptance as a member of the Logistics Hall of Fame, on the other hand, is that an achievement is not only beneficial to an individual company but has significantly and permanently advanced logistics beyond the boundaries of one's own organization or has become an industry standard. So far, 41 logisticians have made it into the international Hall of Fame.

The Hall of Fame can be accessed free of charge at any time at www.logisticshalloffame.net and provides detailed information and images about the logistics milestones and their makers.

For more information on the pallet pioneers and Neil Humphrey, visit www.logisticshalloffame.net/en/

Supporters of the Logistics Hall of Fame