Munich, September 21, 2015.   A woman will be joining the ranks of the world's most famous logisticians for the first time. The "Grande Dame" of Austrian transport logistics, Heidegunde "Heidi" Senger-Weiss, has been voted into the international pantheon of logistics out of 31 candidates from seven countries in recognition of her status as "successful logistics entrepreneur and source of inspiration". Senger-Weiss will be inducted in a ceremony at the annual Logistics Hall of Fame Gala in the Erich Klausener Hall of the German Ministry of Transport and Digital Infrastructure in Berlin on November 25.

"The vote couldn't have been more exciting. In Heidi Senger-Weiss, the winner is an ambassador for logistics who is highly respected throughout the entire European logistics industry. Her name is a byword for modernisation and employee motivation", says Anita Würmser, Executive Chairperson of the Jury for the Logistics Hall of Fame, in explaining the decision of the jury of international experts. In the words of the jury, "Heidi Senger-Weiss can claim to have generated numerous stimuli that extend far beyond her own company in terms of company management, internationalisation and employee motivation, which means she has played a key role in the professionalisation of the industry".

But her name does not just stand for innovation. Since 1968, the business woman has furthered the interests of transport logistics in various capacities. She has influenced the logistics sector as a pioneer in many areas, and many innovations can be attributed to her ideas and initiative. She benefits from her outstanding ability to motivate people so that they enthusiastically "support the cause".

She was quick to recognise that parcels would play a central role in logistics. It was on her initiative that the APS Austria Paket System parcel service, today called DPDA, was founded in 1988 together with two partners. It soon became the market leader in the B2B segment in Austria and is today still family-owned. Together with her husband Paul Senger-Weiss she pushed ahead with the use of IT in the freight forwarding sector, pursued a strategy of internationalisation, and built up a European general cargo network as early as the 1980s.

As President of the Central Association of Freight Forwarding and Logistics (ZVSL) and in various functions in the Austrian Economic Chambers, Senger-Weiss successfully championed the cause of modernisation in logistics and underlined the importance of the industry for the Austrian economy in the public arena. In addition to addressing sector-specific concerns, she was particularly pro-active in supporting family-run companies and encouraging women to take an interest in logistics.

Like few others, Senger-Weiss was committed at a very early stage to social responsibility in logistics. Due to the many ecological, economic and social measures it has implemented, her own company is also seen as a pioneer in the field of sustainable business activity and a role model for the management of a medium-sized family-run company. Two aspects that are considered to be particularly exemplary are the company's employee management practices and the handover of the company management to the next generation in 2005.

Heidi-Senger-Weiss was born in Vienna in 1941 as the only child of Ferdinand and Gertrude Weiss, and spent her youth in Bregenz. After graduating in Economics from the Vienna University of Economics and Business, her father asked her to choose between the PhD or freight forwarding. Senger-Weiss chose a truck driver licence over a PhD and decided in favour of freight forwarding. She spent two years as an intern in freight forwarding companies in Switzerland, the Netherlands and the USA, before joining the family company in 1965. When her father died suddenly just three years later at the age of 66, the then 27 year-old took over at the helm of the Gebrüder Weiss freight forwarding company. Together with her husband Paul Senger-Weiss, she headed the company for 36 years, during which time she developed the company into the biggest Austrian logistics service provider with around 3,500 employees at 137 locations around the world. In 2005, she moved onto the Supervisory Board. The company, whose roots date back 500 years, is still family-owned today.

The Logistics Hall of Fame honours leading figures who have made outstanding efforts to promote the further development of logistics and supply chain management. The initiative is supported by the Federal Ministry of Transport as well as the relevant sector associations, media and companies, including the Port of Duisburg (duisport), logistics insurer Kravag, the Fahrzeugwerk Bernard Krone company, intralogistics provider Still, the Federal Central Cooperative for Road Transport (SVG) and the TimoCom freight exchange. The aim of the Logistics Hall of Fame is to act as a worldwide platform to publicise the performance capability of logistics and its importance for society.

To date, 19 logisticians have been inducted into the sector pantheon. Alongside Heidi Senger-Weiss, other members of the Logistics Hall of Fame include entrepreneur and logistics benefactor Klaus-Michael Kühne as well as the contract logistics pioneers Heinz Fiege and Hugo Fiege, long-time President of the German Association of Road Haulage, Logistics and Disposal (BGL) Hermann Grewer, Dortmund-based logistics researcher Michael ten Hompel, the long-time CEO of BLG, Detthold Aden, BVL founder Hanspeter Stabenau and other innovative professors. The other major figures posthumously voted into the Hall of Fame include Gottlieb Daimler, inventor of the truck, William Tunner, the man who organised the Berlin Airlift, Gottfried Schenker as a pioneer of combined transportation, Eugene Clark, the inventor of the forklift truck, Malcom McLean, father of containerisation, and Japanese Toyota manager Taiichi Ohno, who invented the just-in-time concept.

The Hall of Fame can be accessed free of charge at any time at www.logisticshalloffame.net and features information and photos on logistics milestones and the people behind them. 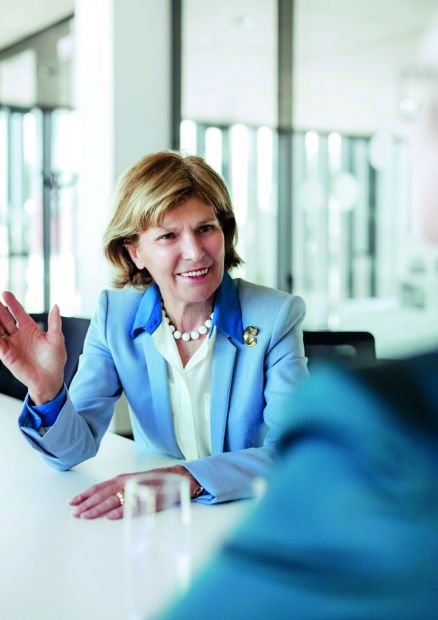 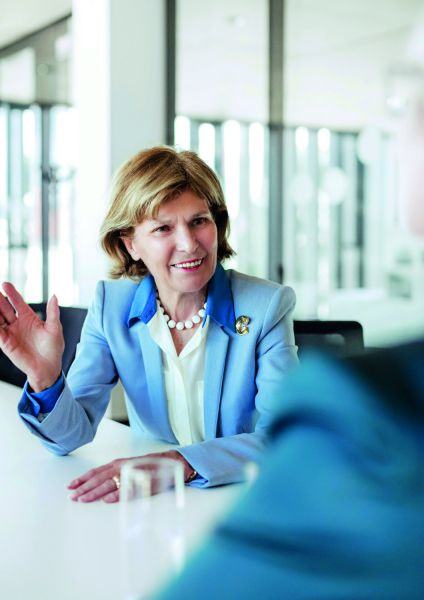 The Logistics Hall of Fame was founded in 2003 and honours leading figures who have made outstanding efforts to promote the further development of logistics and supply chain management. This eternal pantheon is also designed to remind future generations of the achievements of these individuals in the service of logistics. The aim of the Logistics Hall of Fame is to act as a worldwide platform to publicise the performance capability of logistics and its importance for society.

The Logistics Hall of Fame is a non-profit initiative supported by the world of politics, associations, the logistics industry and logistics science. The patron of the Hall of Fame is Alexander Dobrindt, Federal Minister of Transport and Digital Infrastructure (BMVI).

Picture gallery and video: Impressions of a glamorous evening