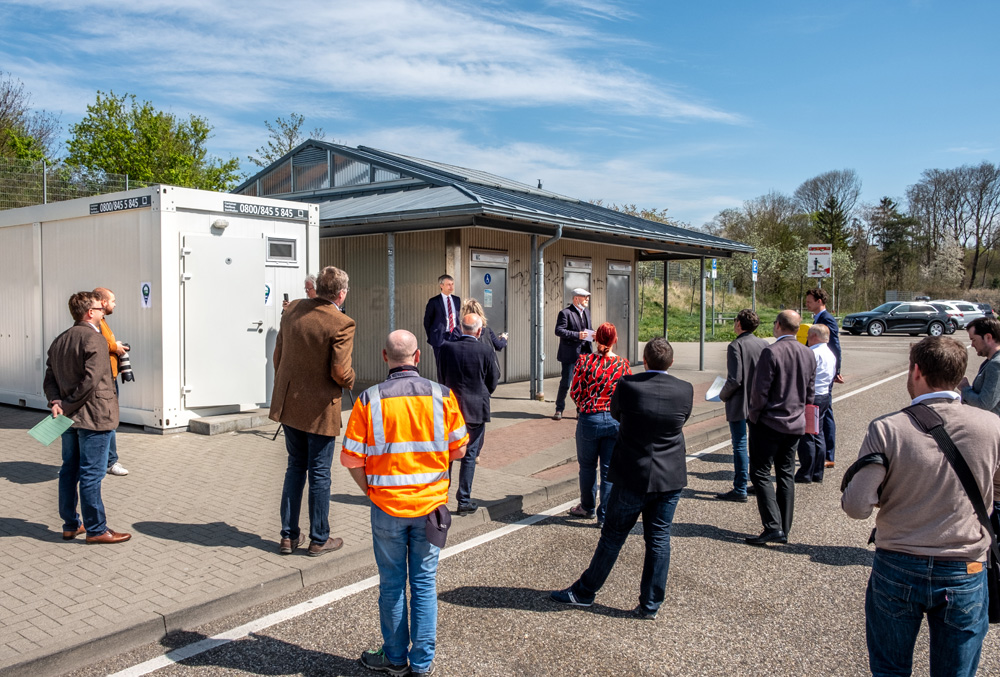 The Logistics Hall of Fame is awarding an honorary award for the first time in its existence: During the official gala reception in Berlin, the international Hall of Fame will be honouring the #LogistikHilft initiative.

The around 70-member international jury of the Logistics Hall of Fame, which includes journalists, scientists and personalities from the logistics industry, politics and associations, will honour the unique honorary commitment of the initiative with this award. During the Corona crisis, the initiative demonstrated that fast and unbureaucratic help is always possible. In the eyes of the jury, the decisive factor for the honorary award was the fact that all financial resources collected by the initiative do not go indirectly to the logistics industry, but directly to those who need them. "#LogistikHilft has set an example of solidarity with logistics – far beyond the economic success of individual companies," the jury justified its decision.

The initiators of #LogistikHilft are the Federal Ministry of Transport, the Bundesverband Güterkraftverkehr Logistik und Entsorgung (BGL), the DocStop and SaniStop initiatives, the Fraunhofer IML, the Logistics Alliance Germany and a large number of partners and supporters from transport logistics, the commercial vehicle industry, the media and associations. Among other things, the initiative helped to ensure that truck drivers have hygienic and clean toilets and shower facilities even during the corona crisis. In April, a first sanitary container was installed on the A8 motorway at the Höllberg-Nord rest stop between Stuttgart and Pforzheim, followed by a second one near Berlin. By the end of 2020, around 150 of these facilities are to be erected on freeways, but also in large logistics centers.

But not only the truck drivers have an important support by #LogistikHilft. The Fraunhofer IML launched a service platform for transport capacities at the beginning of April, which brings together companies, which need capacities like employees or storage space, with all those, who can offer an adequate service as specialists or with resources, free of charge and easy. Furthermore, #LogistikHilft also includes a web store where logistics companies can purchase protective equipment such as mouth-nose covers, FFP-2 masks and disinfectants at special conditions.  Four cents per mask and product benefit the initiative. Among other things, the donations will be used to finance the purchase of further shower and toilet containers.

At the gala reception in Berlin, Gudrun Winner-Athens, managing partner of the Winner freight forwarding company, will be inducted into the Logistics Hall of Fame as a pioneer of intermodal transport. Olaf Schabirosky, CEO of Hermes Germany, receives the award "TRATON Logistics Leader of the Year". The Logistics Hall of Fame honours internationally personalities who have made an extraordinary contribution to the further development of logistics and supply chain management.

The TRATON Logistics Leader of the Year is awarded to entrepreneurs and managers from the transport and logistics industry who have currently been particularly successful in promoting their companies or who have set a trend-setting impulse.