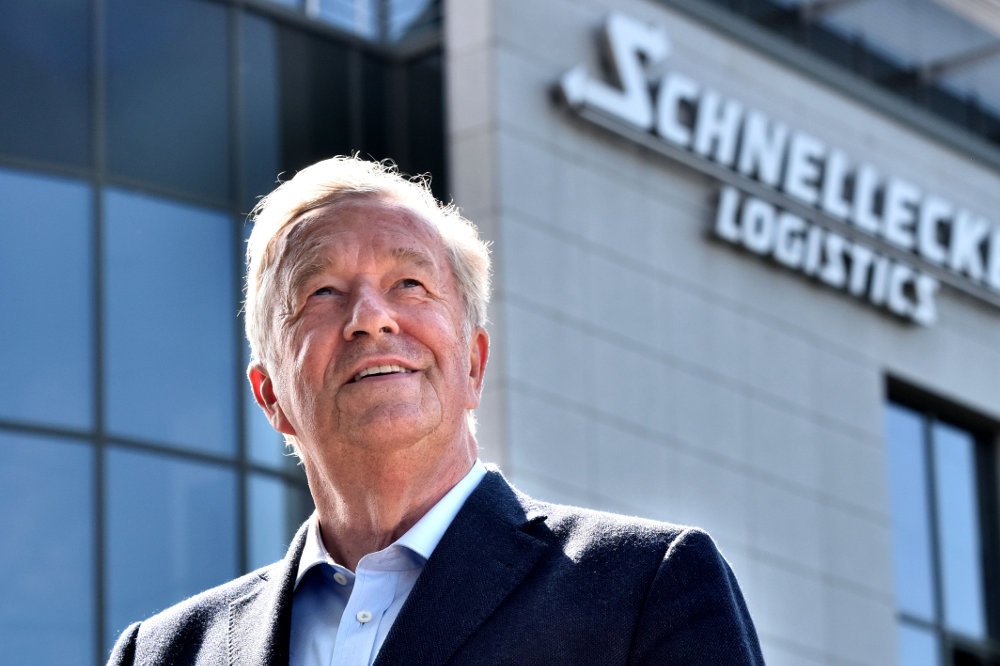 Rolf Schnellecke to Join the Logistics Hall of Fame

The Logistics Hall of Fame will have another prominent member. Rolf Schnellecke, chairman of the Ssupervisory board of Schnellecke Group AG & Co. KG, will be inducted into the Hall of Fame of Logistics as an "outsourcing trendsetter and innovator of automotive logistics". He is the 34th member among the most deserving logisticians in the world. Official admission will take place on December 5 on the occasion of the annual Logistics Hall of Fame gala reception in the Erich-Klausener-Hall of the Federal Ministry of Transport and Digital Infrastructure in Berlin.

Rolf Schnellecke can claim to have significantly influenced and further developed automotive logistics beyond the boundaries of his company. “His early approaches to expand the pure transport and storage processes and to offer value-added services and production activities as an outsourcing partner were visionary and had a ground-breaking influence on automotive logistics”, according to the jury's statement.

At an early stage, the entrepreneur recognized the need of the automotive industry to globalize and reduce the depth of production. He believes that the related outsourcing requirements will be the future of modern freight forwarding, and has consistently converted his parents' company from a regional rail and furniture forwarding company with four trucks, into a global player and outsourcing partner within 30 years. In the 1970s, he initially set up international transport services. He then concentrated on highly specialized value-added partnerships within the automotive industry. 1990, his company became the first logistics service provider to take over the highly innovative assembly of door and side panels, breaking new ground in the forwarding industry. The project is becoming the blueprint for modern value-added logistics and is still widely adopted as the standard in automotive logistics.

To the member profile